From 12th April to 19th April 2015 the class 7B had the opportunity to be part of an intensive language study trip to England in order to improve their English. From Europe easily accessible England has much to offer historically and culturally, beside the linguistic aspect. Therefore Professor Irene Malcik and Professor Gerhard Schober organized a week in the beautiful university town located in the south east of England, Canterbury. The UK Capital of Culture which is an UNESCO World Heritage Site offered lots of culture. However, not only culture lovers loved the city, Canterbury offered something for everyone.

Arrived in England the weather was not as bad as some people would have you believe, in fact the whole week the weather was warm and sunny! The time at the ST.PETERS School of English was informative and funny. We were quite surprised about the number of students and young people living in Canterbury who were always friendly and kind.

As distances are short in this town we had a city tour in which we visited lots of famous and historical places in foot. Thanks to the Elternverein we also had the chance to eat the famous specialties: Cream Tea (at Mr. Jones) and Fish’n Chips!

The trip to Leeds Castle was probably one of the funniest. The weather was hot and Leeds Castle was stunning for all of us. Often described as “loveliest castle in the world” Leeds Castle is set on two islands and has been home to royalty and lords. The maze was overwhelming and quite huge so it was difficult for some of us to find the exit, which was in fact great fun. Back in Canterbury we had an audio guided tour in the famous Cathedral in which we learned lots of historical backgrounds about kings, queens and of course Archbishop Thomas Becket, who was murdered there.

Beside the tours and excursions we had also lots of time to go shopping and a free afternoons in which we could decide what to do. We had also the opportunity to go to Whitstable which was reachable with a shuttle bus and offered a beautiful beach which seemed even more beautiful on that sunny day. Even in Dover at the White Cliffs the weather was on point – quite windy but not bad at all. The amazing beach at Dover was for some of us the first beach they had ever seen!

The highlight of our trip was probably the day in London even though we had to start very early in the end the time we had spent in the capital city seemed to be very short. After visiting together the famous places like Buckingham Palace, the Houses of Parliament, Millennium Bridge, Big Ben or St. James Park we had four hours free time in which we could explore the city on our own. Many pupils used that time to go to shopping at the famous Oxford Street. Others went to the well-known British Museum, which offered an amazing exhibition about prints and propaganda in the age of Napoleon.

On a very personal note, we want to give huge thanks to Professor Irene Malcik and Professor Gerhard Schober who organized this huge and amazing trip. We had a marvelous time in England and loved being there! It was indeed a pleasure to spend such an amazing time together.

(The students of 7B) 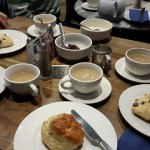 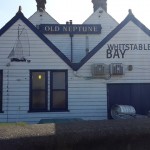 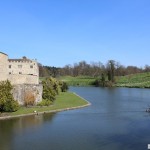 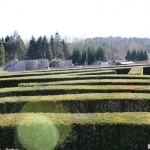 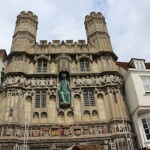 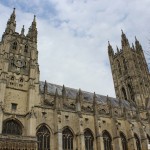 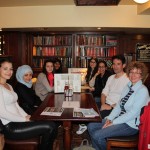 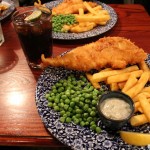 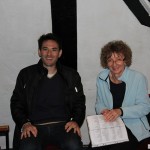 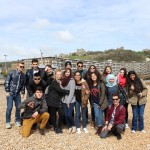 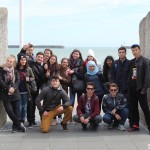 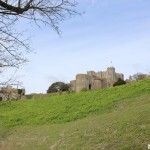 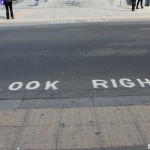 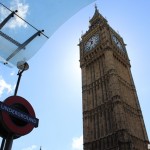 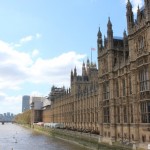 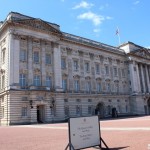 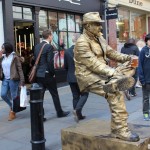 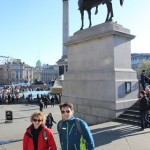 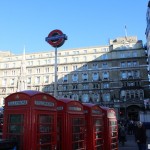